OPEN HEAVENS FOR TEENS TUESDAY 7TH DECEMBER 2021 – KING SAUL-read full details below, feel at Home you are on Stevo’s Portal

Open Heavens for Teens daily devotional by Pastor Adeboye of the Redeemed Christian Church of God for today is here. Digest the word of the lord and pray believing. 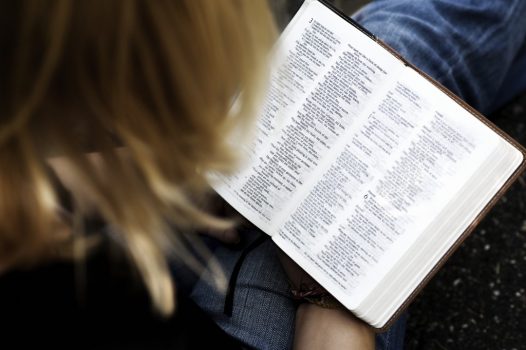 The Topic of Teenagers Open Heavens for 7th December 2021 Is “”

Then Samuel took a vial of oil, and poured it upon his head, and kissed him, and said, Is it not because the LORD hath anointed thee to be captain over his inheritance?

13. And Samuel came to Saul: and Saul said unto him, Blessed be thou of the LORD: I have performed the commandment of the LORD.

14. And Samuel said, What meaneth then this bleating of the sheep in mine ears, and the lowing of the oxen which I hear?

15. And Saul said, They have brought them from the Amalekites: for the people spared the best of the sheep and of the oxen, to sacrifice unto the LORD thy God; and the rest we have utterly destroyed.

16. Then Samuel said unto Saul, Stay, and I will tell thee what the LORD hath said to me this night. And he said unto him, Say on.

17. And Samuel said, When thou wast little in thine own sight, wast thou not made the head of the tribes of Israel, and the LORD anointed thee king over Israel?

18. And the LORD sent thee on a journey, and said, Go and utterly destroy the sinners the Amalekites, and fight against them until they be consumed.

19. Wherefore then didst thou not obey the voice of the LORD, but didst fly upon the spoil, and didst evil in the sight of the LORD?

20. And Saul said unto Samuel, Yea, I have obeyed the voice of the LORD, and have gone the way which the LORD sent me, and have brought Agag the king of Amalek, and have utterly destroyed the Amalekites.

21. But the people took of the spoil, sheep and oxen, the chief of the things which should have been utterly destroyed, to sacrifice unto the LORD thy God in Gilgal.

22. And Samuel said, Hath the LORD as great delight in burnt offerings and sacrifices, as in obeying the voice of the LORD? Behold, to obey is better than sacrifice, and to hearken than the fat of rams.

23. For rebellion is as the sin of witchcraft, and stubbornness is as iniquity and idolatry. Because thou hast rejected the word of the LORD, he hath also rejected thee from being king.

There was a time the Israelites were judged by Prophets unlike the nations around them which had kings. However, the Israelites wanted to be like these nations, so, they requested a king. They hid under the excuse that the sons of Samuel were not judging them well. Samuel felt disappointed but went to God. God granted their request by appointing Saul as king.

The Bible says he was handsome and of an amiable character. He started well, in fact, he prophesied as prophets do (1 Samuel 10:10), but he ended badly.

There are a lot of lessons to be learnt from the life of Saul, one of which is that it is expected of a child of God to follow instructions to the letter. For instance, if you are sent to the market to buy fish worth N1,000 but instead buy it for N950 and keep the N50 change without mentioning it, you are not in any way different from Saul.

Prayer Point: If you don’t want another person to replace you, obey God and orders from those above you fully

1. When we walk with the Lord
In the light of His word,
What a glory He sheds on our way!
While we do His good will,
He abides with us still,
And with all who
will trust and obey.

CHORUS
Trust and obey!
For there’s no other way
To be happy in Jesus,
but to trust and obey.

2. Not a shadow can rise,
Not a cloud in the skies,
But His smile quickly drives it away;
Not a doubt nor a fear,
Not a sigh nor a tear,
Can abide while
we trust and obey.

3. Not a burden we bear,
Not a sorrow we share,
But our toil He doth richly repay;
Not a grief nor a loss,
Not a frown nor a cross,
But is blest if we trust and
obey.

4. But we never can prove
The delights of His love,
Until all on the altar we lay,
For the favour He shows,
For the joy He bestows,
Are for them who will trust
and obey.

5. Then in fellowship sweet
We will sit at His feet,
Or we’ll walk by His side in
the way;
What He says we will do,
Where He sends we will go;
Never fear, only trust and
obey

Teens Open heavens is written by Pastor E.A. Adeboye and Pastor (Mrs.) Folu Adeboye., the General Overseer of the Redeemed Christian Church of God, one of the largest evangelical Churches in the world and also the President of Christ the Redeemer’s Ministries