TEEVO FOR 18TH JUNE 2021 – STOP THE QUESTIONING-read full details below, feel at Home you are on Stevo’s Portal

The Rhapsody of Realities TeeVo 2021 is a daily devotional for teens. It is designed to inspire, encourage and strengthen you by providing you answer-from the perspective of God’s Word-to question of critical concern. 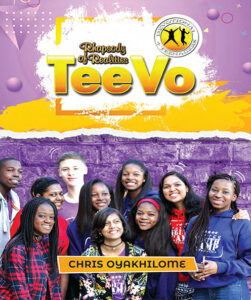 “So also Abraham “believed God, and it was credited to him as righteousness.” Understand, then, that those who have faith are children of Abraham.”

How are you going to do this, Lord? I need to know so my mind can be put at ease!” was William’s closing words in prayer. His analytical mind liked to know everything; he reasoned that his knowledge of God’s processes in answering his prayers would calm his anxiety. That’s just like a lot of people today.

But what does it say? “The word is near you, in your mouth and in your heart” (that is, the word of faith which we preach).” What this is saying concisely is, “Don’t ask God ‘How?” That’s a principle of faith in the Kingdom of God. Don’t ask Him how the miracle will happen; He’s too big to be questioned, “How? Leave the ‘how’ to Him.

Stop trying to figure out how your faith will work and produce the miracle you need right now. Your responsibility is to keep speaking and acting on the Word. When you want things to happen in a certain way, don’t ask, “How’s God going to do it?” He’s the Monarch of the universe; there’s nothing too hard for Him.

He’s your “How!” Don’t ask Him or try to rationalise how His Word will come to pass in your life. The Bible says Abraham, against all hope, believed in hope, that he would become the father of many nations, in line with God’s Word to him (Romans 4:18). He was fully persuaded that what God had promised, He was also able to perform (Romans 4:21). Rather than ask God “How?” talk faith: speak the same thing with God in consent! Faith accepts, believes, endorses, confesses God’s Word as absolute truth, and acts accordingly.

The word of faith is in my heart and in my mouth; that’s the Word of faith by which I live. I speak the same things in consent with the Word: I’m victorious, prosperous, healthy, marvellously helped and favoured of the Lord today, in Jesus‘ Name. Amen.

Meditate on the latter part of Romans 10:8-10 and learn to talk in consent with God’s Word.

The Rhapsody of Realities TeeVo is written by Pastor Chris Oyakhilome. This devotional is designed for teenagers to inspire, encourage and strengthen them by providing answer-from the perspective of God’s Word-to question of critical concern… read more

Click here to read Rhapsody of Realities for Today